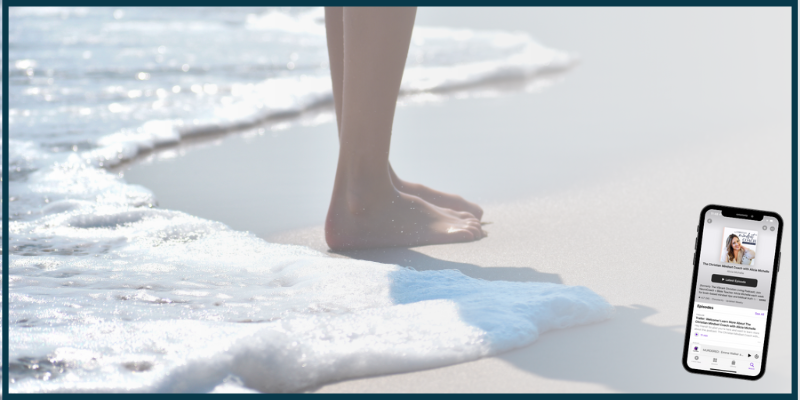 179: Part 1: How Can We Release Anger and Discover God’s Forgiveness After Intense Trauma? with Elishaba Doerksen

How can we manage our thoughts and emotions and release anger after experiencing intense childhood trauma, such as physical and sexual abuse? Today Elishaba Doerksen shares her dramatic story of survival, courage and bravery, as well as God’s forgiveness, after years of horrific abuse from her father.

NOTE: Because Elishaba shares openly about her traumatic experiences, this conversation contains graphic and potentially triggering content that may not be appropriate for all audiences. In addition, the end of this episode contains resources to find forgiveness and healing if you too have been a victim of abuse. 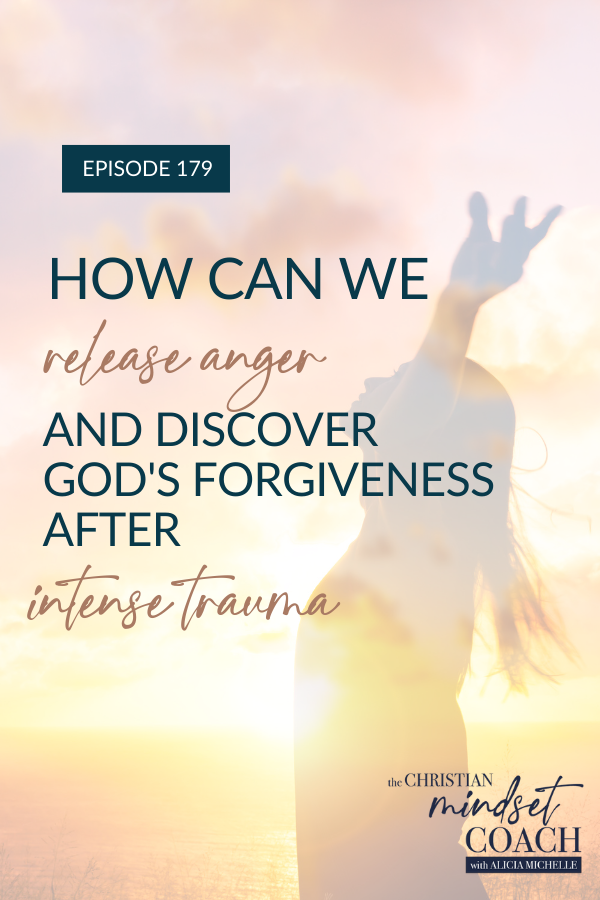 [8:42] Elishaba’s Thoughts on Growing Up with Intense Trauma

Elishaba shares about the intense childhood trauma she experienced as a young child growing up, including extreme physical abuse, sexual abuse, isolation, watching other siblings be abused, and more

She shares how her intense childhood trauma made her question her self worth. She later recognized how her identity and worth as a child was all wrapped around what her father thought of her. She had to live up to what he wanted and if not, then she would pay the price.

[10:55] How Abuse and Intense Trauma Shape Self Worth and Identity

She tells of one memory of Papa making her throw out her only doll because he told her it had become an idol and she felt so conflicted and evil for crying over losing the doll.

She shares that as she grew up into a teenager none of the physical and mental abuse she’d previously endured didn't even come close to the consuming shame that she felt inside when her father used her sexually. The childhood abuse left her feeling completely worthless as a woman.

Her parents didn’t teach her anything about her body or womanhood and she had to confess any thoughts and feelings to her father or she would go to hell. Elishaba describes the moment as her parents interrogating her for every thought, every feeling.

She remembers just a couple of things that her father told her after she expressed some sexual feelings she had experienced. He responded to her by saying he would explain that to her someday and had this scary look on his face. This whole interrogation ended with him sending her out the door, and he told me I was a strange, adulterous harlot. They made her feel so dirty for being honest with her thoughts and feelings. By the time she was 19, she says her father crossed over the line to the point that he had taken everything from her as far as a woman.

[16:24] On Wondering if God’s Forgiveness Is Possible When You’ve Been Involved in Childhood Abuse

As Elishaba looked back over her life she remembers asking God that if she died, would he forgive her, because she was just obeying her father. She had no way out and found herself struggling to understand why she on occasion felt sexual feelings when her father was molesting her. She learned as she grew into an adult it was just her body's natural response although this abuse was never wanted. The physical, emotional, and sexual abuse left her constantly feeling dirty, unworthy and as if this was all her fault.

[20:54] Elishaba’s Encouragement for Finding Hope While Enduring the Emotional Effects of Abuse

Elishaba said if she had to tell someone how to break free when they are dealing with suicidal thoughts, she would tell them “You are worth it, you are really worth it, and even though you can't get away, I understand that there's no way you can get out. But in it, Jesus still loves you and he's suffering alongside you. This is not your fault and that all the things you’ve been told are wicked lies. What's happening to you is wicked.”

She would tell that little girl that the sexual feelings that she may have experienced at times were against her own will. That little girls would never ever want to be touched in a sexual way by their fathers. She says, what someone struggling with intense abuse really wants and longs for is to be cherished and to be safe and to be loved. But most importantly, she says she’s tell someone in that situation that they can know a little tiny bit that they’re worth it! This tiny feeling of worth was enough to give Elishaba the courage to get out.

Elishaba says how she felt God was calling her, and notes that God’s love pursues us first before we pursue Him. She mentioned that the Buckingham family had been in her life, but at the time she wasn’t able to really receive God’s love through anyone.

God had to do that work, to not only bring them there, but had to bring her to that place where she was able to receive God’s forgiveness and healing power.

As she was writing her book and reflecting on her entire life Elishaba shares a story of how she realized how over the years God did answer her prayers even during the darkest moments. She says that in both the little moments (by allowing her cat to return home to comfort her as a child) to the big moments ( the time she was finally able to escape with a snowmobile) God always shows up where it matters most and where we need Him most!

[36:21] Abuse Resources to Find the Next Level of Hope and Restoration

Elishaba shares her full haunting story of both intense childhood abuse and God’s restoration in her book Out of the Wilderness. I encourage you to order her book at the link (it is not available on Amazon) to hear more of how God can bring hope to anyone millions who has been sexually abused, or who has felt left behind and somehow injured by others, especially by a family member. The book can be difficult to read in some parts as you would expect. But the hope of God is in it every single one of those pages, so encourage you to check it out.

I recognize that we live in a world where you may have experienced some of the intense trauma that she has endured,I want to make sure that you have resources to heal yourself through any feelings this episode has brought up.

If you hear this and think it's time for me to take that little baby step forward and get free from some of the stuff that you have gone through in your past, no matter what the trauma was, I encourage you to check out Faithful Counseling to be matched with a Christian Counselor to help you heal from your trauma.

Stay tuned for next week when we share Part 2 of Elishaba’s interview!

CONNECT WITH ELISHABA on finding forgiveness after childhood trauma:

OTHER PODCAST EPISODES ON RECOVERING FROM INTENSE TRAUMA:

FREE WORKSHOP: How to Break Free from Feeling “Never Enough”

You don’t have to stay stuck in the overwhelm and exhaustion of perfectionism, people pleasing or trying to prove yourself worthy.

What if I told you that there was a SECRET WEAPON for rewiring your mind to align with God’s truth: the proven BRAIN SCIENCE TOOL that pro athletes and high achievers have used for decades?!

Join the hundreds of Christian women who are using this highly effective brain science tool to find healing from a lifetime of worry, shame and striving for acceptance.

Go to VibrantChristianLiving.com/mind to sign up for this powerful free training!