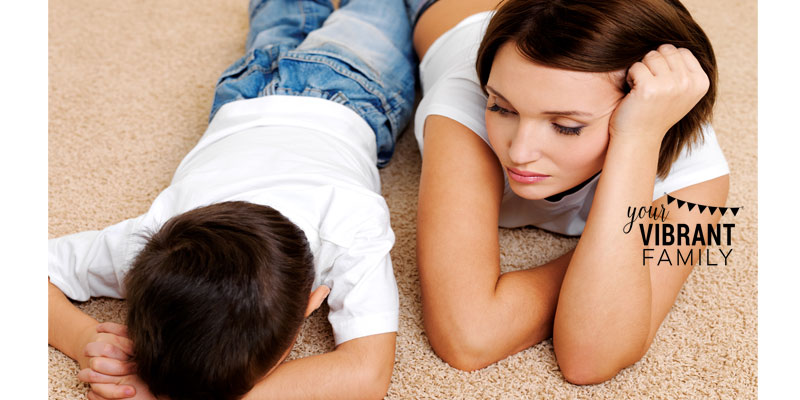 Got an Angry Kid? Real Help for Anger Management in Children

You hear the fighting. The yelling. The temper tantrums. Yep, you have an angry kid. Again.

Sighing, you walk into your child's bedroom. Now you're tasked with sorting out all the emotions (while still managing your own mommy anger). Anger management in children (and anger issues in general) are not for the faint of heart.

But here's the thing: While anger issues in children will never fully go away, kids can learn to manage their anger.

I want to help you learn how to:

Let's talk about real solutions for anger management for kids. 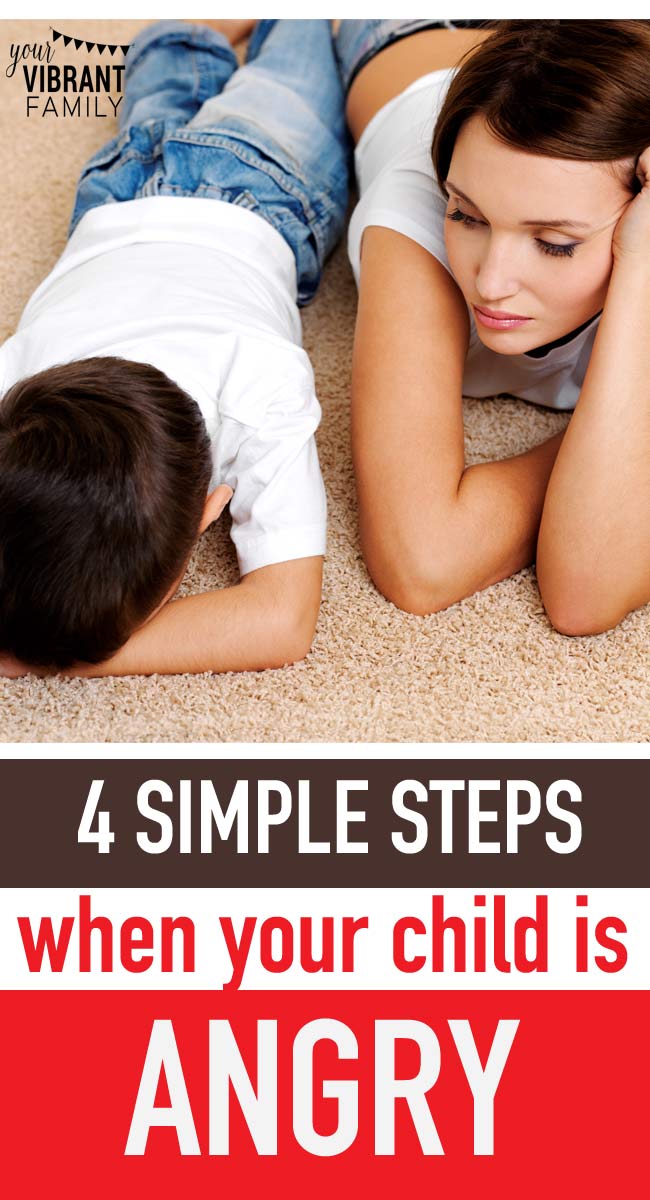 4 Steps to Help Angry Kids Deal with their Emotions

The details of how each steps play out will change for each child based on his age and maturity level, but this is a basic outline of how to help your child deal with anger.

We first teach our kids to identify the anger building inside them.

Anger isn’t a bad emotion in of itself, however, it’s critical that we know how to handle anger so that it doesn’t turn into sinful thoughts or actions that hurt us, others or God.

Then, we encourage our kids to do three simple things: lower their tone, take a deep breath (in for a count of four and out for a count of eight) and, if need be, to walk away and talk about it with God.

This allows them to diffuse the intensity of their emotions.

Step 2: When kids are angry, teach them to ask, “What am I really angry about?”

Once they are able to calm down a little and think rationally (even though the anger feelings are still swirling), next we teach our kids to separate out their anger emotions from the truth.

Sometimes they’re able to do this on their own, and other times we help them through it.

Some questions they can ask themselves are: “What am I really angry about?” and “What is true about the situation?”

These two questions help kids, first, get to the root of their anger; and second, separate out the emotion from what is really going on. Once they've rationally sorted through this, then they can

Step 3: Next, an angry kid can ask, “How has my anger affected others?”

Now that they’ve been able to separate out their emotions, we encourage them to determine what their next steps should be. Do they need to admit to anything? Do they need to apologize? Should they ask for forgiveness for anything, or do they need to forgive someone else?

I love sharing Ephesians 4:1-4 during this time because it states that we are to “give allowance for each others’ faults.” Isn’t that a great reminder?

We all mess up, and we all have little quirks about ourselves that may bother someone else. Our God-given love for each other allows us to overlook those things in the interest of peace and relational harmony.

Therefore, the “What do I do now?” step often allows us to have a teachable moment with the angry child where we can help them realize that, yes, the person who wronged them shouldn’t have said or done those things, but that we all have moments where we make mistakes and hurt others, especially in the heat of the moment or if we’re under extreme stress.

We can share that our job isn’t to hold a grudge over that person for their actions, but instead to follow Jesus’ example and forgive “seventy times seven” (Matthew 18:22).

Step 4: Encourage an angry child to consider the bigger picture about his anger, including determining if he has anger guilt and if his anger is a habit.

When an Angry Child Deals with Anger Guilt:

In these post-anger moments, I’ve found that my kids often wrestle with intense feelings of guilt from their actions.

Conviction is a healthy chastisement by the Holy Spirit and is a necessary and good part of the Christian life since it encourages us to repent from our sin and to begin following Christ’s example of the path to the fullest richest life.

Condemnation, however, is an oppressive heaviness that points out our faults and, instead of offering forgiveness and hope for our mistakes, beats us up and keeps us spiraling down toward despair.

If a child is dealing with conviction, I encourage him to listen to heed the Spirit’s correction and to be blessed by His unique “next steps” for him in this situation.

If it’s evident that a child has repented of his actions and is suffering under condemning, oppressive thoughts, I remind him of God’s promise that in Christ every sin is forgiven (1 Peter 2:24) and that because of Christ’s death on the cross there is nothing that can separate us from God’s love (Romans 8:38-39).

If he has repented and asked for forgiveness, he can let go of the negative thoughts and know that he has been set free to start anew!

When a Child Has Anger Habits:

It’s easy for anger to become a habit in a child’s life, especially if that child has to deal with situations that are regular anger triggers or they see others around them (like us their parents… gulp!) also exhibiting anger as sin.

Anger habits are especially dangerous for any of us because they allow us to skip through the natural process of what I call the “sliding scale of anger intensity” which ranges from “irritated” to “enraged.”

In this sliding scale, we move from being more and more angry, and thus have a higher propensity to sin the more we move down the scale toward “rage.”

However, when we have an anger habit, we quickly jump through the process and can end up at “rage” much faster because there’s already that under-the-surface anger that’s been simmering.

God is so good to allow us to not only reveal this sin in our child’s heart (and that of our own anger), but to use these moments to help us see if there’s unresolved frustration happening that’s causing this anger to flare up over and over.

He uses these times when we sin to point out deeper sin patterns that we would otherwise not be aware of. Once we are aware of these patterns, we can ask for forgiveness and for a new way to live, which causes us to cling to him even more closely.

Grace–and the permission to slowly change–is a huge part of becoming less angry!

When a child and I recognize that an anger habit has developed around a particular issue, I often tell the child to watch out because God is going to present them with a similar situation again so that they can learn to make a better choice this time and begin the steps to creating a new non-angry habit response that ultimately brings healing to the relationship and spiritual maturity.

It does take a while for angry kids to learn the four step process we shared here, but oh, how awesome it is when they can start to use these anger management techniques themselves

How incredible that, in these everyday anger moments, we can help our kids not only deal with anger in a healthy way but to help them begin to understand God’s role in guiding them toward His best way of living!

What an incredible gift to give to our kids—the ability to know how to manage anger well!

Other Posts on Anger:

5 Steps to Turn Mommy Anger Into a Teachable Moment

That Makes Me MAD! How to Tackle Mommy Anger Triggers

Mommy Anger: My Confession and Why You're NOT Alone

Dealing with the Guilt of Mommy Anger

Buy Me a Coffee

Alicia Michelle is a certified NeuroCoach™, Bible teacher, speaker and host of the Vibrant Christian Living Podcast and You Tube Show. More importantly, she’s a lover of Jesus, a wife of 20 years to her best friend, and mom of four amazing kids ages 18 to 9. Alicia struggled with overthinking, negative thoughts and “being enough” for most of her adult life until God radically transformed her heart after a life-threatening medical crisis. Now through her signature courses and coaching programs she loves equipping women with practical, scientific and biblically-based mindset tools to help them overcome negative thought patterns and discover more confident, joyful lives in Christ. Listen to her on the podcast or on You Tube; download great resources at VibrantChristianLiving.com; and connect on Facebook and Instagram.